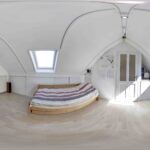 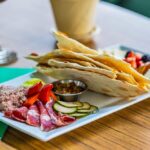 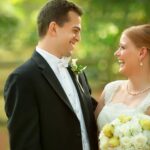 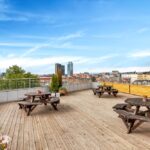 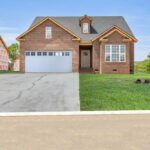 Aerial photography is the acquisition of a vertical image with a specialized camera installed on board of an airplane, equipped for this type of work.

Airborne acquisitions are always performed in such a manner that two consecutive photographs have a side and forward overlap. These overlaps enable a three dimensional (3D) observation of the territory, with the help of a specialized tool. The optical phenomenon, which makes it possible to see in 3D, is called the stereoscopy.

Why use an aerial photo?

An aerial photograph is rich in information. It is possible to pinpoint, amongst others, rivers, ponds, paths, and clearings, which are not shown on a map. It is also possible to recognize cuttings and burns, as well as determine changes and types of vegetation. However, the incontestable advantage of aerial photography remains in the possibility of obtaining a three-dimensional view of the territory, thus the relief, by stereoscopy.

The orthophotograph is halfway between the aerial photograph and the topographical map. It offers the aerial photograph’s details and richness, combined with the geometrical precision of a map. Because it is georeferenced, geographical information such as hypsometry (relief representation), toponymy (places names: lakes, rivers, road network), and territorial limits (administrative, recreational, and protected).